The ancient society of Egypt is one that has been historically well-represented in pop culture. With Marvel’s highly successful film franchise, it would be an easy decision to include Egyptian deities from the pantheon as part of a team or personification.
The question asks about which Egyptian gods are likely candidates for inclusion? What are some other options if these cults and/or deities aren’t chosen? Are there any specific rules for this type of collaboration between religions and fictional characters?

The “moon knight is khonshu real” is a question that has been asked since the first time moon knight was introduced. He is one of the Egyptian deities that could appear in Marvel series. 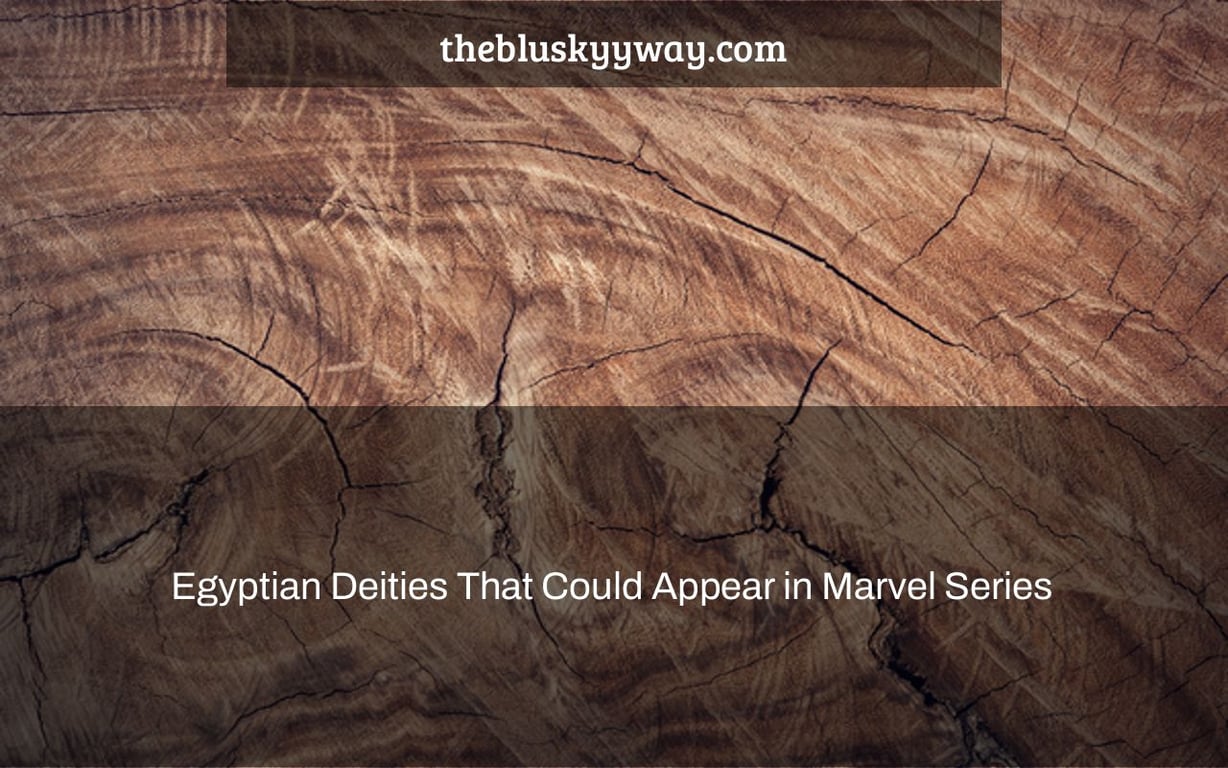 Moon Knight, like Black Panther and Shang-Chi before it, is expected to offer Marvel Cinematic Universe fans to a whole new side of the brand. While the other films are based on imaginary worlds, Moon Knight will be based on centuries-old Egyptian mythology and will include gods and goddesses that have appeared in a variety of media throughout the years.

The current description for the series even mentions a “war amongst gods,” so we collected a list of possible deities who may feature in the next Disney+ series in live-action. Continue scrolling to see who we believe could show up.

Khonshu, the Egyptian deity of the moon, is the most apparent candidate for inclusion in Moon Knight—indeed, most would consider it a given. The Fist of Khonshu is the name given to the show’s titular character, and the character’s background is intricately entwined with the deity and his legend. While Khonshu is a minor deity in the Egyptian pantheon, he is very certain to feature in the series at some time. He’s so big in the Marvel source material that he could potentially show up in the program’s next teaser on Monday.

Anubis is another popular character among devotees. In Jeff Lemire and Greg Smallwood’s Moon Knight series, the Egyptian deity of the dead appeared alongside Marc Spector, and some fans have already recognized a jackal-like figure in the brief teaser published by Marvel Studios on Saturday. Anubis is the deity that meets the newly departed right after death to judge their merit and decide whether or not they may enter the underworld, according to Egyptian mythology. Spector is gravely wounded as a mercenary in the Moon Knight comics and finally dies at the foot of a Khonshu statue, a suitable circumstance for introducing Anubis.

Osiris is the only deity on this list without a direct link to Moon Knight or Marc Spector. In Egyptian mythology, Osiris is assassinated by his brother Set and dismembered into 14 parts. Isis, his wife, ultimately pieces him back together (nearly totally) and resurrects him. Osiris took up Anubis’ job as god of the dead after his resurrection, which was only one of his many functions. He was also a deity of the underworld, with some connecting him to Hades, the Greek god of the underworld.

Ra is the god of gods, and it has long been assumed that he is the ruler of the Egyptian gods, equivalent to Zeus. In the Moon Knight series by Max Bemis and Jacen Burrows, he’s also cast alongside Marc Spector. In that run, the Sun King claims to get his power directly from Ra, who is also the Sun’s deity. Some speculate that Ethan Hawkeye may eventually portray the Sun King.

Moon Knight hasn’t announced a release date yet. If you haven’t already joined up for Disney+, you may do so here.

Which of your favorite characters would you want to see in Moon Knight? Let us know what you think in the comments section or on Twitter by contacting our writer @AdamBarnhardt to discuss all things MCU!

Note: We may get a small compensation from the vendor if you buy one of the amazing, independently picked goods mentioned here. Thank you very much for your help.

The “marvel khonshu” is an Egyptian deity that could appear in a Marvel series. He is the embodiment of the moon and has many abilities, such as healing and hypnotism.