The canonical Star Wars comics and novels have been canonized in the Legends expanded universe, but can we trust them? The legends are filled with stories of Boba Fett’s Sarlacc escape.

The “how did boba fett survive” is a question that has been asked for decades. Boba Fett’s escape from the Sarlacc Pit in Return of the Jedi is one of the most iconic moments from the Star Wars saga. 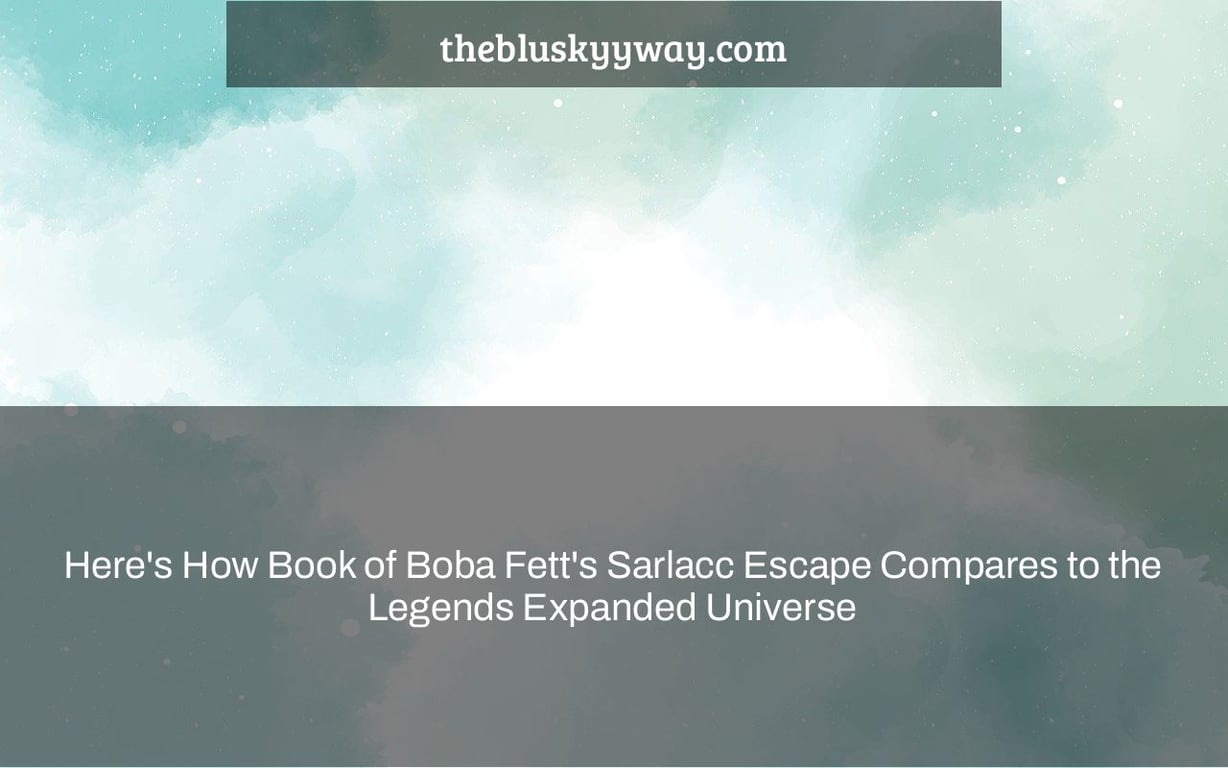 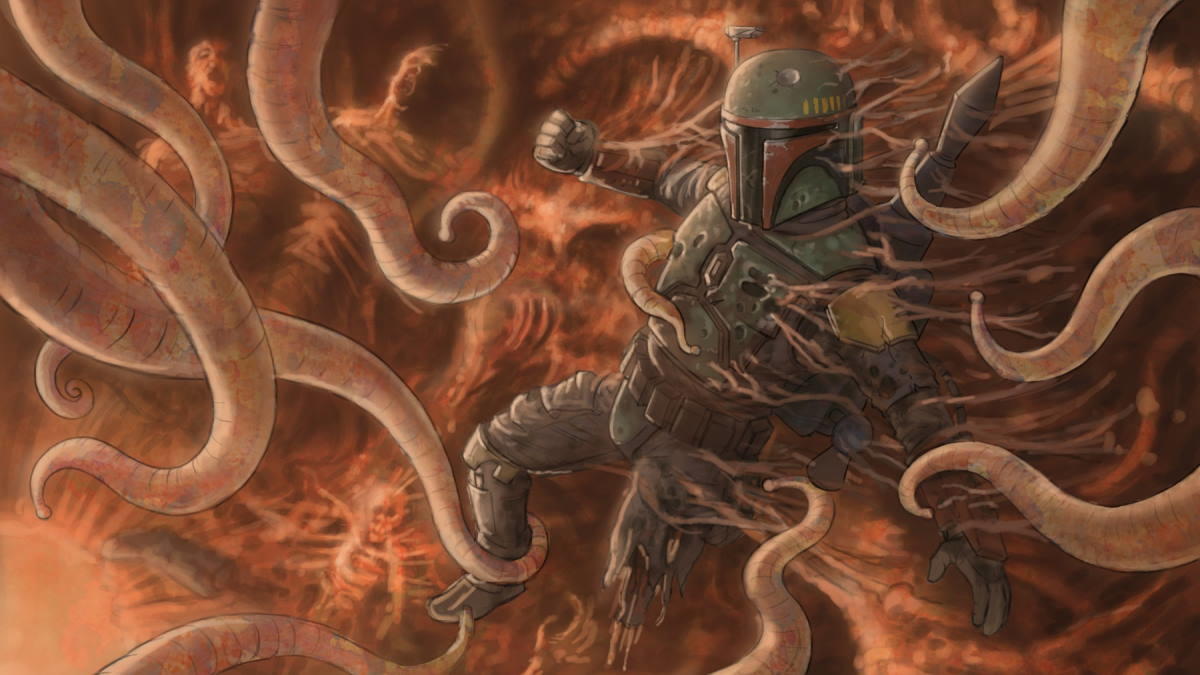 Fett wakes within the sarlacc stuck to the creature’s side in The Book of Boba Fett. He discovers the bones of a fallen Stormtrooper nearby. Fett siphons the remaining oxygen from the Stormtrooper by connecting his suit to the Stormtrooper. He then blasts a hole in the sarlacc’s inner lining with his remaining weapons. He then fires his flamethrower into the gaping wound and climbs through, emerging from the sands around Carkoon’s Great Pit and collapses. Jawas find him there and remove him of his armor. Later, the Tusken Raiders discover Boba Fett near death and kidnap him as a slave.

In the old Star Wars Expanded Universe, things went a bit differently. Years after the events of Return of the Jedi, Boba Fett reappears in the comic book series Dark Empire. J. D. Montgomery’s short tale “A Barve Like That: The Tale of Boba Fett” was published in the Tales from Jabba’s Palace literary collection in 1995. (pseudonym of Daniel Keys Moran). The story detailed how Boba Fett managed to flee the Sarlacc.

Boba Fett has telepathic communication with Susejo, one of the sarlacc’s first victims, whose mind had merged with the beast, in that narrative. Susejo shares Boba Fett stories acquired from other sarlacc victims. Boba Fett eventually devises a plot to flee. He persuades Susejo to cause the sarlacc’s muscles to flex around Fett’s jetpack, resulting in an explosion. Boba Fett is freed from the sarlacc’s internal lining by the explosion. Fett then escapes by punching a hole in the creature’s side with concussion grenades.

Boba Fett emerges tired and near-death, when he is discovered by bounty hunter Dengar. Dengar nurses Fett back to health, and the two eventually begin a relationship. Boba Fett returned to the still-alive sarlacc a year later, telling Susejo that he’d be returning at some point in the future.

The basic strokes are identical in both stories, since there are only so many ways to get out of a living death pit. The Book of Boba Fett simplifies the story, making it more accessible to general audiences while also eliminating some of the strange science fiction elements that were originally prevalent in the Star Wars world. It’s a microcosm of the disparities between the two approaches to Star Wars canon in some ways.

What are your thoughts? Please let us know in the comments section. On Wednesdays, new episodes of The Book of Boba Fett will be released on Disney+.